Azerbaijan is also known as the “Land of Fire”, because we have an eternally burning mountain. Our country is simply mesmerizing. Azerbaijan has a fascinating history and a unique cultural heritage, which is part European and part Asian. We have the Caspian sea, mud volcanoes, lush orchards, and the Great Caucasus mountains. Ski resorts, sandy beaches, ancient monuments and modern architecture make our country a true pleasure to explore. The weather is great with a mild climate, plenty of sunshine and our food and hospitality are second to none. Our cosmopolitan capital Baku, is Unesco listed and is famous for its mediaeval walled inner city.

Further down the page: Read about our company * Travel facts Azerbaijan. There is also a map of our country and our latest Azerbaijan travel news.

This email address is being protected from spambots. You need JavaScript enabled to view it. 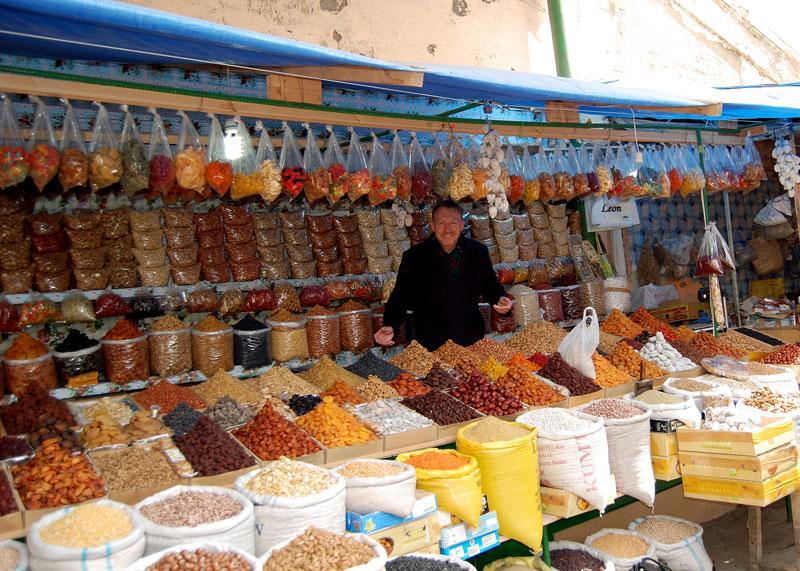 Baku
Often compared to Dubai, due to its modern architectural wonders, it is also on the Unesco list because of its beautiful walled inner city - Icheri Sheher (Old City). An exciting blend between Europe and Asia, Baku is a true treasure.

Mountain on fire
Yanar Dag means "burning mountain". It is a natural gas fire and always burns! You can find it on a hillside on the Absheron Peninsula on the Caspian Sea near Baku. These  “eternal lights” are located in close to Baku
- Yanar Dag, also known as ‘Burning Mountain’. True to its name, the mountain has been burning for as long as anyone can remember, and the fire isn’t showing signs of going out any time soon. Situated on the Absheron Peninsula, 25 kilometers’ northeast of the capital city of Baku, Yanar Dag is a 116-meter hill located on top of a pocket of natural gas that constantly erupts into flames.

Ateshgah
Ateshgah – Fire Temple. Azerbaijan is one of the few places on earth, where you can find the preserved elements of the cult of fire and the ancient religion of Zoroastrianism

Gobustan
On a Daliesque rockscape above the town of Gobustan lie some of the world’s most important petroglyphs – stone and iron-age figures carved thousands of years ago and now considered a UNESCO World Heritage Site. Qusair Amra, one of the best preserved monuments, is a UNESCO World Heritage Site. Its interior walls and ceilings are covered with lively frescoes, and two of the rooms are paved with colorful mosaics.
Qasr Mushatta, Qasr al - Kharrana, Qasr at -Tuba and Qasr al - Hallabat have been restored and are all in excellent condition. The black basalt fort at Azraq, in continuous use since Late Roman times, was the headquarters of Lawrence of Arabia during the Arab Revolt.

Absheron
The most accessible of Azerbaijan’s numerous Caspian beaches are on the Absheron Peninsula, conveniently close to the capital

Shadag
The rapidly expanding Shahdag resort sits on a glorious shoulder of green mountain turf, offering a fine range of summer hiking options across shepherd pastures towards the dramatic crags above. Or you might wander less strenuously into the gloriously set village of Laza surrounded by strings of waterfall. These freeze into ice climbs in winter when snow turns Shahdag into one of the most spectacular ski resorts imaginable. Piste quality is ensured by state-of-the-art snow guns and accessed by a brand new network of world-class cable-cars and ski-lifts.
You can see this mosaic, possibly Madaba's most interesting, in the Greek Orthodox St George's Church. Most of Madaba is now a carefully restored Archaeological Park, including the 7th-century churches of the Virgin and the Prophet Elias, and the older Hippolytus Hall.

Golf at Guba
Hidden down country lanes behind the pretty, historic town of Guba is Azerbaijan’s first professional standard golf
course, home to the national golf federation and handy for
the plush five-star resort complex. Perfect for a post-conference getaway that combines scenery, comfort and exercise.

The ancient heart of Baku is icheri Sheher, a magical maze of narrow lanes and alleways. There is an old city wall from the 12th century, that surrounds this gorgeous old city.  During the tour, you will discover traditional mosques with calligraphic facades, old hamams, merchants' houses and charming trading streets made all the more colourful with quirky little art galleries and carpet shops. Finish the visit with a traditional Azerbaijani tea-spread served in a mediaeval caravanserai and accompanied by a selection of locally sourced jams and pastries.

- Dinner in Art Garden(Han) restaurant
Restaurant "Art Garden" is located in the old city of Baku. Stone walls places, the interior in the style of the ancient city that will create for guests a cozy atmosphere. Guests will also have the opportunity to sit in the summer terrace of the restaurant, equipped with beautiful flowers and plants and enjoy a cup of our famous tea.

Please contact us for more program ideas for Azerbaijan at This email address is being protected from spambots. You need JavaScript enabled to view it.

PASHA Travel - PASHA Travel offers unmatched quality of service both for incoming assistance in Azerbaijan for business & leisure travel solutions worldwide. With a team of high-flying,, problem-solving staff, we provide bespoke corporate travel arrangements and an imaginative array of carefully tailored tours, event ideas, MICE packages and much, much more